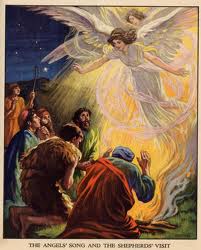 “Now there were shepherds in that region living in the fields and keeping the night watch over their flock.  The angel of the Lord appeared to them and the glory of the Lord shone around them, and they were struck with great fear.  The angel said to them, “Do not be afraid; for behold , I proclaim to you good news of great joy that will be for all the people.  For today in the city of David a Savior has been born for you who is Messiah and Lord”…And suddenly there was a multitude of the heavenly host with the angel, praising God and saying:  “Glory to God in the highest and on earth peace to those on whom His favor rests.” When the angels went away from them to heaven, the shepherds said to one another, “Let us go, then, to Bethlehem to see this thing that has taken place, which the Lord has made known to us.” So they went in haste and found Mary and Joseph, and the infant lying in the manger.  When they saw this, they made known the message that had been told them about this child.  All who heard it were amazed by what had been told them by the shepherds.  And Mary kept all these things, reflecting on them in her heart.  Then the shepherds returned, glorifying and praising God for all they had heard and seen, just as it had been told to them.” Luke 2: 8-20

The Shepherds keeping night watch over their flock… 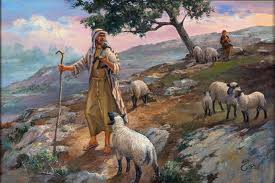 Shepherds, in the time of the birth of Christ, were the borderline bandits of society. They were mistrusted. They were social outcasts. Instead of being in town to protect their wives, children, and families, they lived in the hillside tending their sheep. They were even considered unclean for they had daily contact with carcasses of animals and so were not able to go to the temple for worship.

And yet they were the first to hear the “Good News” of the birth of the Messiah. 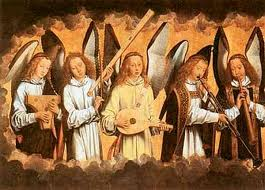 God himself entered into the “ordinary” of the life of the Shepherds and left it “extraordinary”!

God did not shun those who society had shunned. These simple  souls didn’t debate what had happened. They left their livelihood in “haste”.

And when they saw the Christ child they believed and returned, glorifying and praising God for all they had heard and seen.

The Shepherds were the first Believers.

The Shepherds were the first Messengers.

What do the Shepherds teach us? God does come into our daily, everyday, routine lives. Even in those places that we think are messy or broken or that the world sees as failure.  He transforms us and all of our “ordinary” into the “extraordinary” with the power of His grace. He gives us a choice to respond. Are we able to leave those things that we always thought were important to begin the journey in discovering Christ? It is these simple souls that are ready to believe the Good News. It is these simple souls responding from the heart whose eyes are opened to believe. And with this belief comes a most important mission…to praise and glorify God through our words and actions bringing this Good News to all who cross our path.

May we like the Shepherds be open to receive His “extraordinary” into our “ordinary”. May we have the courage to “leave in haste” those obstacles that stand in the way. And  may our lives be songs of constant thanksgiving as we exist for the praise of God’s glory.

10 thoughts on “In the School of the Shepherds…”

Follow through Him with Him in Him… on WordPress.com

I believe in the journey of the heart...there is a beauty in the becoming. I am a therapist at Family Counseling Services, a division of Lifelines Counseling in Mobile, Alabama. And I am striving for winged living for myself and for all who cross my path.